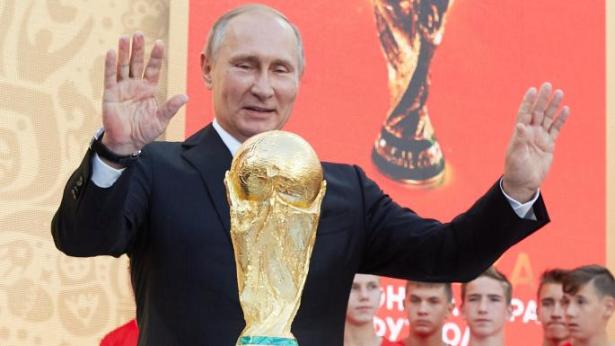 What’s their deal? The Russian Federation was the first team in the world to secure a spot in the finals, and they emerged out of the always unforgiving UEFA. Impressive, right? No, silly, they qualified without doing a damn thing by bribing their way to being named the host country. They’ve been playing friendlies over the last several years to stay sharp, and it hasn’t gone well by any definition, unless that definition includes winning just six of 19 matches since a rather poor showing at Euro 2016. To make things worse, injuries have plagued the team, sapping the strength of an already mediocre squad.

But who can play? Aleksei Miranchuk’s passing will key the attack, while youngster Aleksandr Golovin is rapidly developing into a scoring threat. But it’s Fedor Smolov who controls the means of goal production. Old stalwart Yuri Zhirkov gets honorable mention for his surname, still giggle-inducing after all these years.

What’s their soccer look like? Well the thing about Russia is they can’t really play defense. At all. So they’ve switched to a back three with some deep-lying wingers to provide both length and width, which can morph into a back five when needs must. Look for the ball to be played down the wings to be funneled through Miranchuk, who can play in the midfield or up front.

So, how far can they go? The Russians have set their sights on a semifinal finish on home soil. Russians are known for their black humor, but if the ball bounces their way even this team can make it out of this group, only to be humiliated in the round of 16. 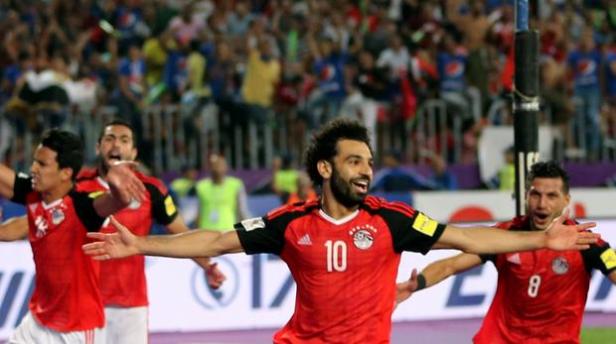 What’s their deal? Egypt is a decent team that qualified by the skin of its teeth, and it’s no exaggeration to say that it was all thanks to one man, Mohamed Salah, one of the greatest talents in the whole tournament. Not only did he score the goal to win the match that put them through, he scored or assisted on practically all of his team’s goals in qualifying. It’s not a one-man team, as evidenced by a developing core of youngsters and a staunch defense. But it’s close.

But who can play? Did you read the above? It’s Salah, Salah, Salah, Salah. If you need another name, take Mahmoud Hassan, AKA Trézéguet. Or Essam El-Hadary, who could be starting in goal at the ripe old age of 45.

What’s their soccer look like? This is as pure a counterattacking team as there is in the tournament. They defend, and defend well, only to burst forward upon winning the ball and working it through their three attacking midfielders. But that counterattack lives and dies with the dynamism of Salah.

So, how far can they go? Now that Salah has been cleared to play after his unfortunate shoulder injury in the Champions’ League final, Egypt actually stand a pretty good chance of making it to the knockout round. It’s hard to see them getting any further than that though. 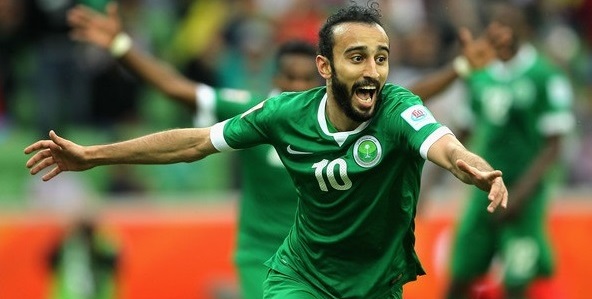 What’s their deal? One of the weaker teams in this year’s tournament, the Green Falcons do at least have a badass name. While there’s little to no world-beating talent here, this squad gets by on its cohesiveness: most of the players on the roster come from the two best teams in the Saudi league.

But who can play? Chances are you won’t recognize much of anyone on this team unless you watch domestic Saudi soccer, but Fahad al Muwallad has been on loan to La Liga and is a dynamic young attacking talent on the wing. Striker Mohammad Al-Sahlawi is the team’s most reliable scorer.

What’s their soccer look like? This is basically a defensive team that relies on its organization, but they are capable of breaking away on the counterattack and hoping.

So, how far can they go? The Saudis should be happy just to be here. 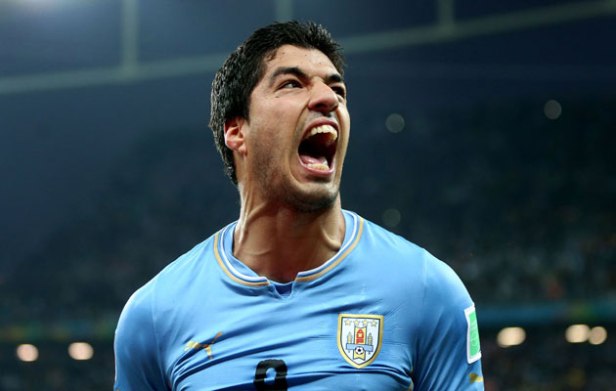 What’s their deal? The original champions of the world, Uruguay have been enjoying something of a resurgence for the last several years, though not quite up to the level of the real cream of the crop. That said, they’re a scrappy bunch with enough talent to hang with any team on any given Sunday and a perennial dark horse candidate with the potential to bust anyone’s bracket. This little country has no business fielding a soccer team as good as this one.

But who can play? Two of the best strikers in the world play up front. Edinson Cavani has been playing against mediocre competition lately in France’s Ligue 1, but that shouldn’t lessen his stock—the man can score from anywhere. Look for him to play just a hair behind the real superstar of the squad, Luis Suarez. Infamous for his by-any-means-necessary approach to the game (including some cannibalistic tendencies), the Barca striker is one of the world’s premier scoring threats. Meanwhile, the defense is anchored by the venerable Diego Godín in the center and Martín Cáceres on the left, and Fernando Muslera has been nothing short of the most dependable keeper the nation’s history.

What’s their soccer look like? La Celeste have been coached by the same man, Oscar Tabarez, for over a decade now, so they certainly have a clear identity: suffocating defense at the back, followed by getting the ball as quickly as possible to the galacticos up front, who can score with their eyes closed. It may look like a boring old 4-4-2, and there’s a possibility the ball gets stuck in the less-talented midfield, but when this team clicks on all cylinders it’s a sight to see.

So, how far can they go? Uruguay should be embarrassed if they don’t finish at the top of this group. As the kind of team no one would want to face in a knockout situation, they’re perfectly capable of making a deep run in this competition. Depending on how the bracket shakes out, don’t be too surprised if the sky blue squad makes it to the semifinals.