What’s their deal? Iran has coalesced into one of the stronger teams in the (admittedly weak) Asian conference and qualified with ease, going undefeated through the campaign. Indeed, this is a team that can steal some points if opponents sleep on them. Much credit goes to the salty old manager, Carlos Queiroz, who has brought his defensive expertise from Portugal to Persia. Under his leadership, the Iranian squad has become more than the sum of its parts.

But who can play? Those parts don’t feature a ton of individual talent, but the main players to watch will be Alireza Jahanbakhsh and the youngster Sardar Azmoun, who will be expected to convert whatever scoring opportunities may come their way. Oh, and they have a 6’ 5” goalkeeper in Alireza Beiranvand.

What’s their soccer look like? An extremely well-organized side, Iran’s defense is awfully tough to find a way through. As you might have guessed, that means a counterattacking strategy. Queiroz’s bunch don’t like to screw around, though. Once they win the ball at the back, they’ll look to fling the ball up the pitch to their forwards as quickly as possible.

So, how far can they go? Being arguably the best team in Asia is nice, but it’s a different story playing against world class competition, and this group draw doesn’t help. Yes, this team can steal some points, but it will take a monumental failure on the part of Spain or Portugal for Iran to crack the top two and advance past the group stage. 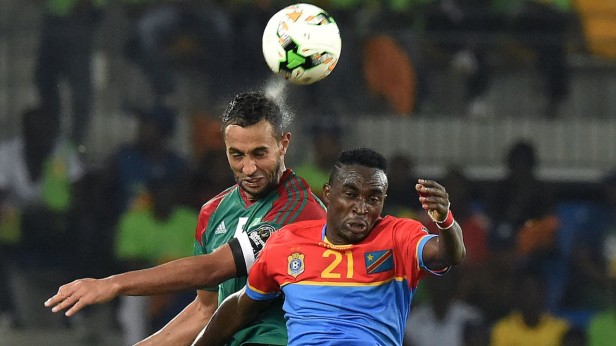 What’s their deal? Morocco hasn’t been to the big show in quite some time, but the national team has matured right in step with the nation’s formulating a bid to host the tournament in 2026 (just lost to a joint North American bid). They actually went undefeated in qualifying, which will happen when you don’t concede a single goal. This defense is the real deal. The offense, on the other hand…

But who can play? The linchpin on defense for the Atlas Lions is Mehdi Benatia, who comes with the remarkable pedigree of playing defense for Juventus in Serie A. No attack is safe in the final third if the ball gets too close to this center back. What few scoring chances come by for Morocco will be courtesy of Hakim Ziyech, who’s been tearing up the Dutch league.

What’s their soccer look like? Morocco is entirely dependent on a lockdown defense, and for good reason. That’s not to say they’re entirely uninteresting to watch, though. Look for the midfielders to slide into different positions in front of the back four, as Morocco tends to shift formations depending on whether they have the ball or not.

So, how far can they go? Much like Iran, this team has been shafted by an impossible group draw. While the defense is quite good, it will come under an awful lot of pressure from the likes of Spain and Portugal. And with goals hard to come by for this team, they’ll cherish what points they can get. That said, a stingy defense can keep you in any match, so Morocco are capable of drawing if they can sufficiently frustrate their superior European competition.

What’s their deal? Portugal are riding high coming into this World Cup. They won the European Championship in 2016, which many say is the most difficult international competition in the world. After a brief sputter at the start of qualifying, they dominated the rest of the campaign and clinched a berth with ease. All this was done with a roster that has remained largely unchanged over the years of this nation’s soccer golden age. Oh right, and they have one of the greatest players of all time, Cristiano Ronaldo (glossing over his underwhelming performances in World Cups past).

But who can play? Ronaldo may be a tad past his prime, but he’s still undeniably one of the best players in the world. This team is more than just Ronaldo, though. Andre Silva is a talented striker despite his struggles in Serie A, while Joao Moutinho  will key the attack from midfield. Ricardo Quaresma has been coming off the bench, but when he does, his wonderful passing seems to magically open things up for Ronaldo. On defense, Pepe and Bruno Alves are aging but still the very embodiment of this team’s ferociously workmanlike ethos, while Rui Patricio remains a difficult obstacle in front of the net.

What’s their soccer look like? The Selecao are famous, or perhaps infamous, for their dogged style of play. If you want something pretty to look at during the game just stare at Ronaldo, because you won’t find it in the soccer. Portugal won that Euro 2016 by refusing to lose rather than by trying to win. For an encapsulation of the team’s philosophy, look no further than this quote from coach Fernando Santos: “I can’t understand the idea of a team that loses but delivers a great game. It makes me confused.” Expect a straightforward 4-4-2 that plays with width on the counterattack.

So, how far can they go? Despite their Euro victory, Portugal are not considered a top tier side in Russia. However, it’s never safe to bet against a team like this one, and Ronaldo will be hungry for what is likely his last shot at a World Cup Golden Boot. Much will depend on whether the team’s collective philosophy and Ronaldo’s hunger for goals on the world’s biggest stage can coexist. Their recent play suggests “yes,” so Portugal should be playing knockout soccer at a minimum. 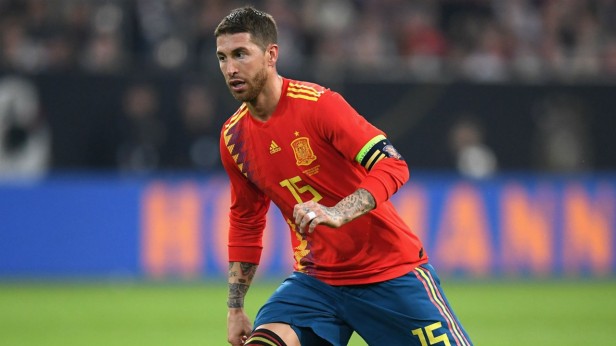 What’s their deal? After unexpectedly crashing and burning in 2014 on the heels of their ridiculous Euro/World/Euro championship threepeat from 2008-12, Spain would seem to have returned to form, if their dominant qualifying campaign is any indication. It wasn’t the toughest group in UEFA by any stretch, but over 10 games la Roja scored 36 goals and conceded three. What’s interesting about this bunch is that much of the team from that golden age—and subsequent doldrums—remains, aside from a few deft personnel tweaks. So the burning question is, which version of Spain will we see in Russia, the campions or the chumps? Adding to the intrigue, Spain will be entering the tournament with a brand new, as-yet-unnamed coach.

But who can play? The Spanish roster is stacked. David de Gea is in the conversation for world’s best goalkeeper. In front of him is a stellar back line anchored by Gerard Piqué and Segio Ramos, known for his brutal tackling, most recently against Mo Salah. If Dani Carvajal is healthy, he provides a potent option for a sudden burst up the right side. In midfield, Sergio Busquets and Thiago Alcantara will initiate the tiki for the taka of oldies-but-goodies Andres Iniesta and David Silva, while Isco provides the needed injection of youthful vigor. The question mark is striker Diego Costa: can he thrive in a possession offense?

What’s their soccer look like? For well over a decade now, the Spanish national team’s brand of soccer has reflected the style of Catalonia’s biggest club, Barcelona. Yes, tiki-taka is still the order of the day, despite its detractors: possession, maintained through short passing, leads to goals—or a lack thereof for the opponents. The new manager might fiddle with things but if he sticks with what works, the most likely setup is a 4-2-3-1 to allow their deep-lying midfielders to control possession.

So, how far can they go? Anything can happen, as 2014 so clearly demonstrated, and questions remain when it comes to transitioning in the final third, but the smart money is on Spain winning this group handily and making a run in the knockout stages. Or at least it was, until the blindsiding of manager Julen Lopetegui’s sudden departure. Now the future looks murkier for the Spaniards–but that won’t stop them from gunning for the Cup.